Every time we’re engaged in an activity in the water, we’re immediately overcome with both senses of calm and excitement. Even just watching the waves crash into the shore or the river flowing puts our minds at peace, as if we’ve meditated. For those reasons, you may be considering to hire an experienced realtor in Daybreak, Utah, so you can buy a house near the state’s tranquil lakes and scenic landscapes. Find out if your investment will be worth it.

Professor Micheal Depledge, founder of the European Centre for Environment and Human Health (ECEHH), and Mat White, an environmental psychologist, teamed up for a study that determined people’s choices between green spaces and blue spaces (near a body of water). They showed their participants an array of images with varying amounts of greenery, and they found that stress levels were lowered according to the abundance of greenery in the images.

Later on, the researchers started introducing water in the images, from ponds to seashores and found that their participants strongly preferred images with bodies of water in them. The response was the same even in urban environments; participants picked places with fountains and canals.

Overall, the results showed that the most preferred environment was a space with both greenery and water.

With regards to blue spaces’ health benefits, Biologist Dr. Wallace J. Nichols detailed those in his book entitled “Blue Mind.” He asserts that water lowers stress and anxiety, increases the overall sense of happiness and well-being, and reduces heart and breathing rate. Dr. Nichols added that aquatic therapists are looking more into the water to aid in treating PTSD patients, and individuals struggling with addiction, anxiety, and other mental disorders.

Another research suggests that living in blue spaces can also improve creativity and sleep. This was verified by the follow-up research Depledge and White conducted, wherein they made their participants watch empty, partially-filled, and fully-stocked tanks. Results showed that blood pressure and heart rates were significantly lowered from watching a tank with more biodiversity.

Considering these study outcomes, your investment in a blue space will definitely be worth it. But are there any risks you should prepare for? 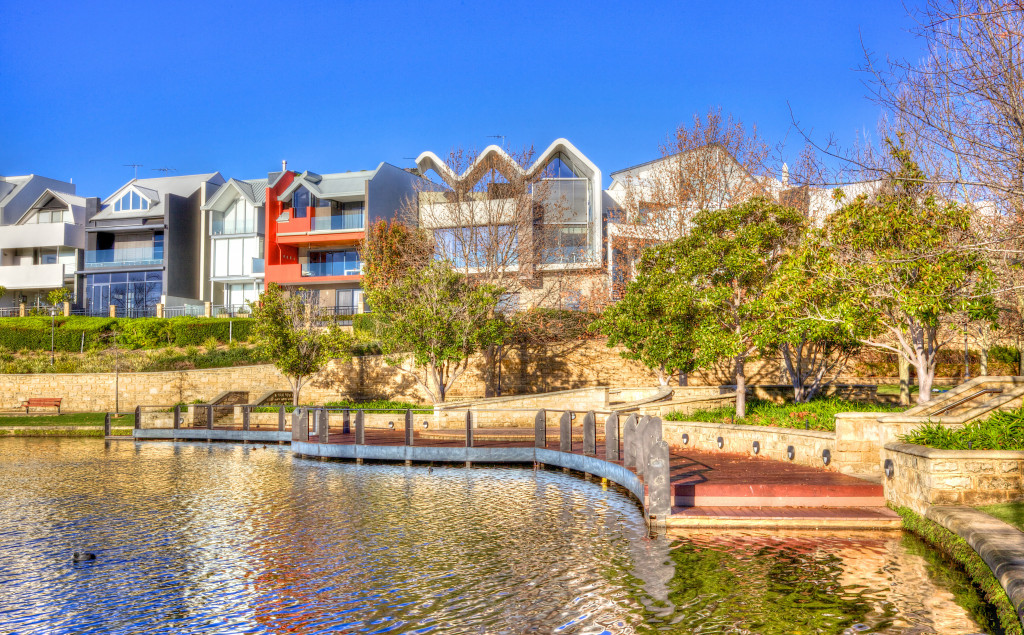 As with any location of a home, safety issues also exist in a blue space.

A lake, for example, is also the habitat of various insects, which can harm people if they’re threatened. The bushes and landscapes surrounding the lake are also the home of wild animals, such as raccoons and bears. However, these animals aren’t territorial, so they aren’t likely to harm you as long as you keep your distance.

You might also need to be extra vigilant during the summer, where tourists may swarm the lake’s vicinity. But the risks of potential intrusion and burglary are easily mitigated with gates, fences, and other security devices.

The weather might also be an issue, especially a storm. But with proper maintenance and a safe distance away from the body of water, you and your home will have less chances of being affected by the water’s conditions during harsh climates.

If you look into the safety issues of homes in other locations, you’d realize that they’re pretty much the same as blue spaces’. But certainly, the health benefits are unbeatable, so you should absolutely consider moving near a body of water. With fresh air and nature’s work of art to wake up to every morning, every centavo of your investment will be put to good use.