Most modern decks use wood, but composites are becoming common. After all, wood has a reputation for rot and decay when they encounter water, such as from rainfall or snowmelt, especially when they don’t have a waterproof deck floor covering. This usually takes the form of a membrane applied on the floor of the deck.

Apart from water damage, however, you can do a few things to make your deck last as long as possible. You can do some of them even before you begin your deck construction.

The biggest thing to consider is that water, by itself, doesn’t rot wood immediately. It’s only when it’s trapped in the wood fiber that it begins to work its schemes. This means when designing a wooden deck, it’s best not to rely only on a waterproof deck cover later on. Instead, draw up a plan where the deck minimizes wood-to-wood contact.

It’s also advisable to use pressure-treated wood. This is a type of wood that is “depressurized” in a special tank that removes air pockets in the wood fibers and replaces them with a preservative, rendering these pockets unable to trap water. Alternatively, you can turn to solid timber; the smaller pieces of wood there are, the more opportunities for water and decay to set in.

Also, look at how you’re joining the pieces together. Some deck construction methods avoid nails, screws, and bolts altogether and instead employ woodworking joints. If you need to use them, choose galvanized or stainless steel ones so that they don’t rust. 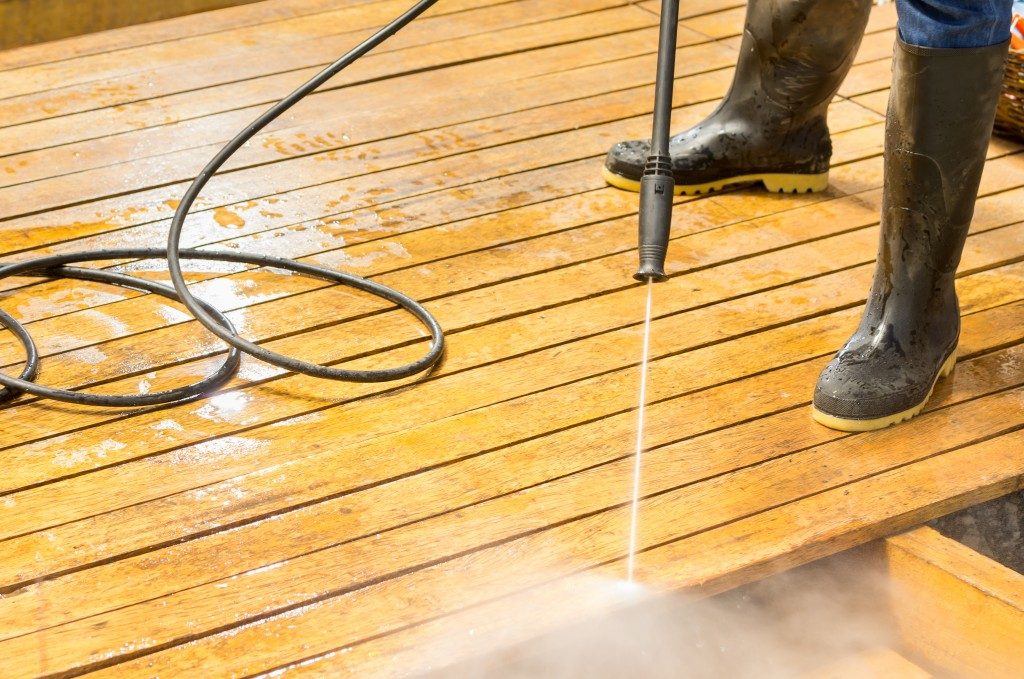 The best materials in the world won’t matter if you don’t maintain and clean your deck. The more regular your cleaning routine, the better off it will be. You can clean and sweep stray debris off your deck once in a while, but for deep cleaning, you should call a professional for help. A professional can also apply sealant on your deck, which is a waterproof membrane that also protects it from the fading effects of direct sunlight. It’s best to have a pro look at your deck every two or three years.

This also means that inspecting your deck for problems can nip them in the bud before they become worse. Be on the lookout for weak, decayed boards. Some areas might seem fine, but they’re already harboring dry rot, a type of fungi-caused problem that will degrade your deck from the inside out. Identifying dry rot is a bit tricky (and dangerous, in the case of decks), so it’s best to have your deck checked for it occasionally.

Look for the Right Stain 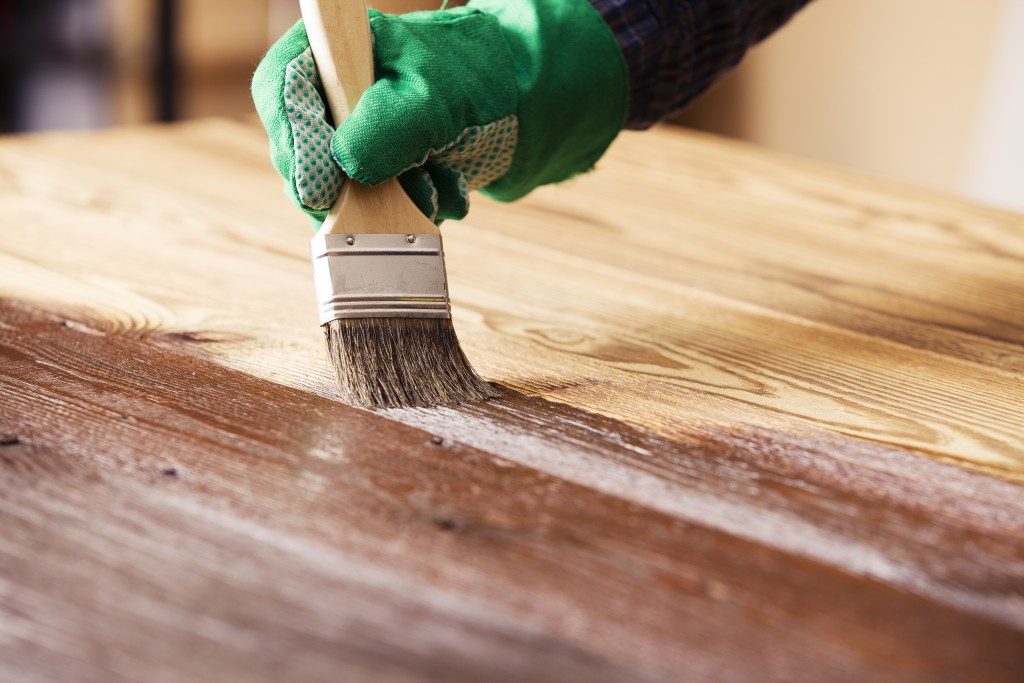 Use only oil-based stains specifically made for decks; avoid other types. Solid stains or normal paint peel off, which makes your wooden deck surface vulnerable (especially if you’ve elected to use stains or “waterproof paint” instead of sealing the deck). Oil-based stains have a sheen that flakes or fades naturally, allowing you to re-apply it after its luster has declined.

Maintaining any wooden component, including a whole deck, doesn’t need to be a hassle. You need a little forethought—and a few ways to keep water out.