When the temperature drops during the winter, homeowners have to be vigilant about the presence of frozen pipes. Not only can it result in malfunctioning piping systems, but it can also endanger the health of your family. The tips in this article can help you take the right steps if you have frozen pipes at home.

Work with a plumbing service

Plumbing services will easily be able to repair your frozen pipes so you can use them again. It is crucial for homeowners to contact a plumbing company right away, especially if you do not know how to address the issue. The great thing is these companies usually are available even during the winter.

If you have frozen pipes in your home and you do not know what to do, it may be best for you to contact a 24-hour plumber here in Salt Lake City.

Locate the part of the pipe that has been frozen

If you want to fix the frozen pipes, you should first be able to locate the part of the pipe that has the problem. Often, the section of the pipe that froze up during the winter are those exposed to extremely cold weather. You may also want to check other parts of the tube that have frosts on them.

Also, parts of the pipe that have a slight bulge are likely to be frozen. However, if you do not have direct access to the frozen pipe, you may want to try out other options.

To fix the frozen pipes, you should know your thawing options so that the ice will melt away. The process is usually different for exposed and hidden pipes. For exposed portions of the piping system, you can direct a hair dryer at the pipe so that the heat of the air will facilitate faster melting of the ice inside.

Other options to thaw the ice in the frozen pipes are to wrap a hot towel and to put electrical heating tape on the pipe.

The last thing you want to do when you are trying to fix frozen pipes is to use an open flame. Open flame is just too risky for you to use as it can result in a fire that can destroy your home. Your use of open flame may also cause the pipes to burst accidentally.

This is especially true for those who are planning to utilize a propane torch, just avoid using it at all costs!

When thawing a frozen pipe, you should always begin the process near the faucet so that it will be easier. When you do the thawing process near the frozen area instead, it will only cause the ice to get stuck behind the blockage, which could cause the pipes to burst due to the increased pressure.

Start the thawing by opening the faucet and then working your way down to the blockage. 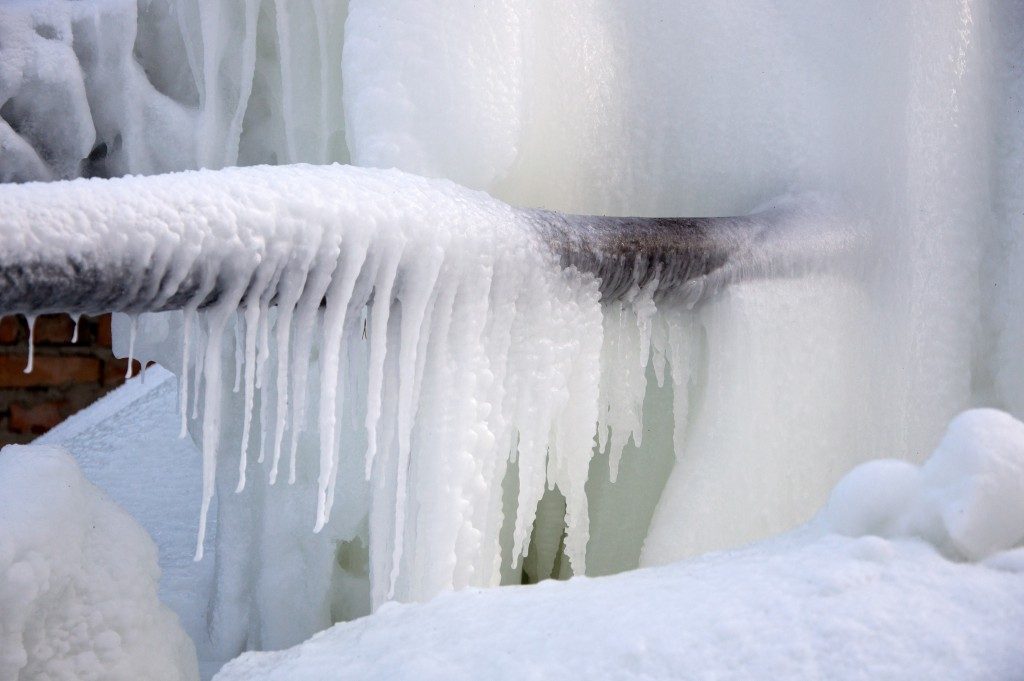 Frozen pipes are a problem pretty much everywhere during winter. The tips mentioned can ensure that you will know what to do if your pipes freeze up.